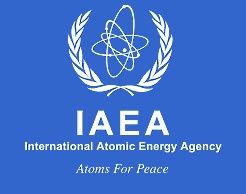 Iran will export radioisotopes, a nuclear product, mainly used for diagnosis and treatment of various cancers or are used to alleviate cancer-related pains after the commencement of the work of the rector in Arak. At the 8th International Energy Conference in the Tehran (capital of Iran), the Iranian Ambassador, Ali Asghar Soltanieh, pointed out that Iran will be able to produce various kinds of radioisotopes once the 40-megawatt reactor is launched, which would enable Tehran to share the products with other countries through the International Atomic Energy Agency (IAEA). Presently, Iran use the radioisotopes produced by them for their own purpose in the field of medicine.

The news comes a day after IAEA Director General Yukiya Amano released a new report about Iran's nuclear activities. In a 9-page report, the IAEA reaffirmed that despite constant inspection of the country's nuclear facilities over the past eight years, no diversion has been detected in the Islamic Republic's nuclear operations towards any military objectives.

On June 9, 2010 the UN Security Council imposed a 4th round of sanctions on Iran over unverified allegations related to pursuing of a military nuclear program by passing a resolution by the United States and its allies. However, Iran rejected the allegations by quoting that as a member of the IAEA and a signatory to the Nuclear Non-Proliferation Treaty, it has right to have nuclear energy and technology for peaceful purposes.

External Link:
The Office IAEA website - An international organization that seeks to promote the peaceful use of nuclear energy, and to inhibit its use for any military purpose, including nuclear weapons.

MOST READ
• India-UAE Partnership - An I..
• IP Accounting
• Higher Education System in I..
• Money in Swiss banks, but wh..
• Greece Debt Crisis